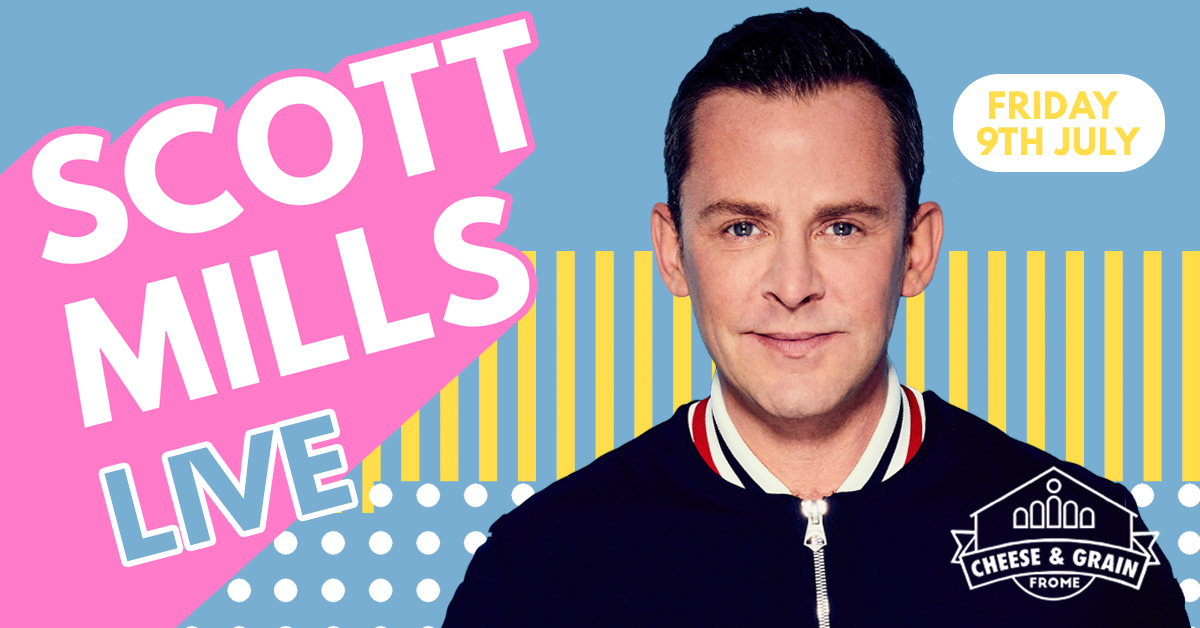 One of the UK’s favorite radio presenters comes to headline Frome Festival 2021. Bringing his famous wit, charisma, and anthems for a must see DJ night.

Most well-known for gracing the airwaves of BBC Radio 1.The Southampton born musical genius started his DJ career at his local station, Power FM, at the age of 16 after flooding the station with his own demo tapes. Because of this, the station offered him a five-hour slot from 1AM to 6AM, six nights a week, which made him the youngest radio presenter in the UK at the time. After slogging away on this graveyard shift he earned the popular afternoon drive-time slot.Mills moved on to several other radio stations over the years including a two-year stint at GWR FM Bristol and even mid-morning slots on Piccadilly Key 103 and Heart 106.2. With his popularity increasing, his impressive broadcasts on a multitude of radio stations and his DJ sets at events in Hyde Park, Battersea Park and a special on stage appearance in the middle of Covent Garden soon drew the attention of BBC Radio 1.Mills made the move to BBC Radio 1 in 1998 presenting the early morning slot between 4AM and 7AM. He later earned his own weekend show The Scott Mills Show as well as presenting the official chart show and occasionally, The Radio One Breakfast Show.The Scott Mills Show became a staple of BBC Radio 1 and regularly plays from 1PM to 4PM during the week. Mills’ show features a lot of popular segments and games including Flirt Divert, Rate My Listener, Innuendo Bingo. The talented presenter is also famous for his catchphrase: “it’s only bley Friday”.As of June 2018, Mills has been the host of the Official Chart Show cementing his place as a radio icon.Mills has also appeared on television in character and as himself on some of the British public’s favourite shows. His dramatic performances include appearances on River City and Casualty. As himself, Mills has been a contestant on Never Mind the Buzzcocks, Most Haunted, Mastermind, Hollyoaks, and Supermarket Sweep.He also has extensive narrative work lending exciting narration to Robot Wars, Dating in the Dark, and The Pop Years.