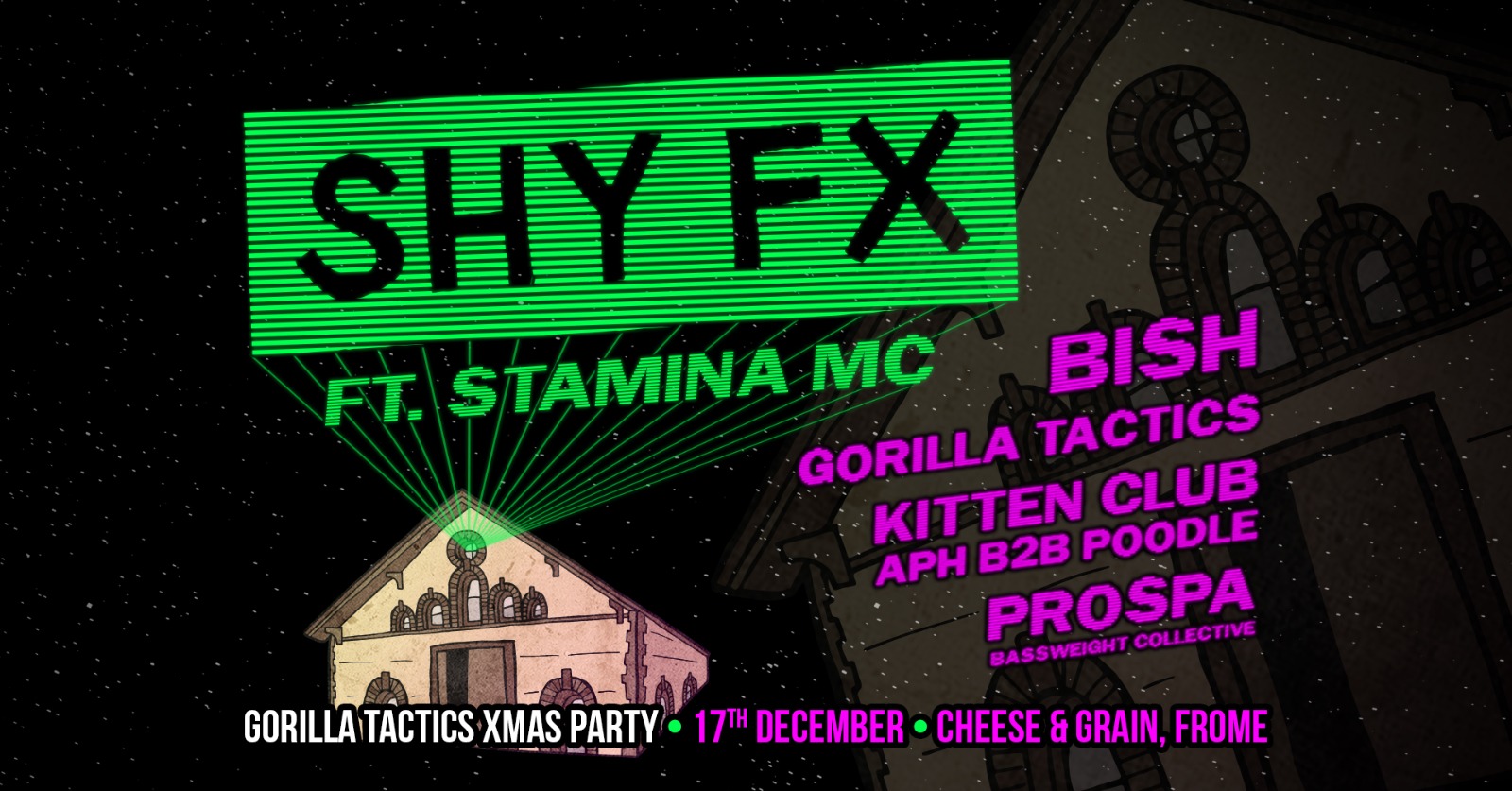 UK drum and bass pioneer SHY FX alongside STAMINA MC will headline the annual Gorilla Tactics Christmas bash. Andre “Shy FX” Williams has quietly been one of the most influential British producers of the last 25 years. From his groundbreaking jungle anthem Original Nuttah (a tune that has as much impact now as it did when it first smashed into the charts in the early 90s), to his recent collabs with household names such as Lilly Allen and Chronixx, to his behind-the-scenes production work for multi-million selling pop RnB acts, Shy’s ability to fuse soundsystem culture with electronic futurism and classic songwriting has defined the music of successive generations.

South West party/promotion/DJ collective GORILLA TACTICS return to the Cheese & Grain, Frome for their annual festive knees up! Fresh off another triumphant summer festival tour inc. Shangri La Glastonbury Festival + their flagship stage Wrong Side of the Tracks at Boomtown Fair, they head back indoors with a lineup hot enough to heat the coldest of winter nights.