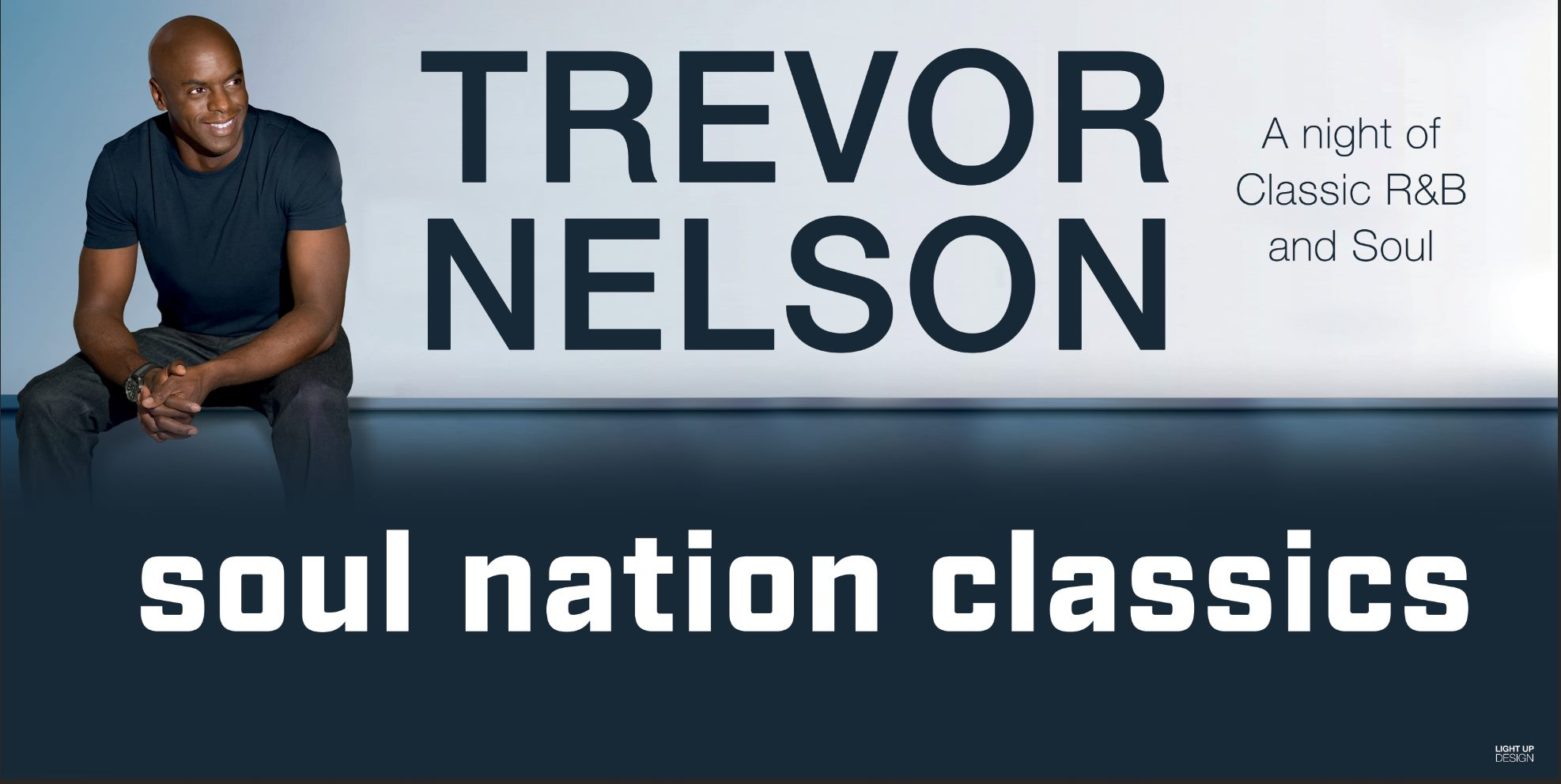 Pioneer of the UK Urban Scene and multi-award winning DJ royalty – TREVOR NELSON – announces a long awaited return to Frome for a night of Classic R&B and Soul LIVE. Trevor Nelson’s Soul Nation will once more be packing the Cheese and Grain with the irresistibly slick and smooth stylings of the R&B king With a career that has spanned decades and genres, Trevor Nelson holds an irrefutable cornerstone in UK music history. From his very beginnings on London pirate radio nurturing what would become Kiss FM, through to his work on The Soul Show and his prime-time BBC Radio 1/ R1 Extra weekend stints, Trevor has introduced listeners across the nation to cutting-edge sounds from the worlds of Soul, R&B, Reggae and beyond. Immediately identifiable as a much-loved presenting personality too, Trevor joined the ranks of MTV in 1998 to host their flagship R&B show ‘The Lick’ for 11 years on MTV Base (which remains the channel’s longest running show to date), whilst also being granted the honour of hosting the first ever MTV Africa Awards from Abuja in Nigeria. A hugely successful DJ both in the studio and behind the decks, Trevor has released a number of hit compilation albums including: INCredible Sound of Trevor Nelson, The Soul Nation, several “Lick” compilations, The Trevor Nelson Collection, and most recently his Trevor Nelson Club Classics. In recognition of his years of dedicated service to the music he has committed his life to, Trevor has won numerous plaudits throughout his career including 4 MOBOS, the Special Gold Lifetime Achievement award for his services to broadcasting at the 2010 Sony Radio Academy Awards, and even an MBE for his work with the millennium volunteers.

A true music enthusiast to the last, Trevor Nelson Soul Nation will see the DJ sharing his passion in the live arena. Sure to feature an inimitable blend of sleek and sultry records with soul as lifted from the past three decades of his career, Trevor will keeping the dance floor bouncing all night long at this unmissable show