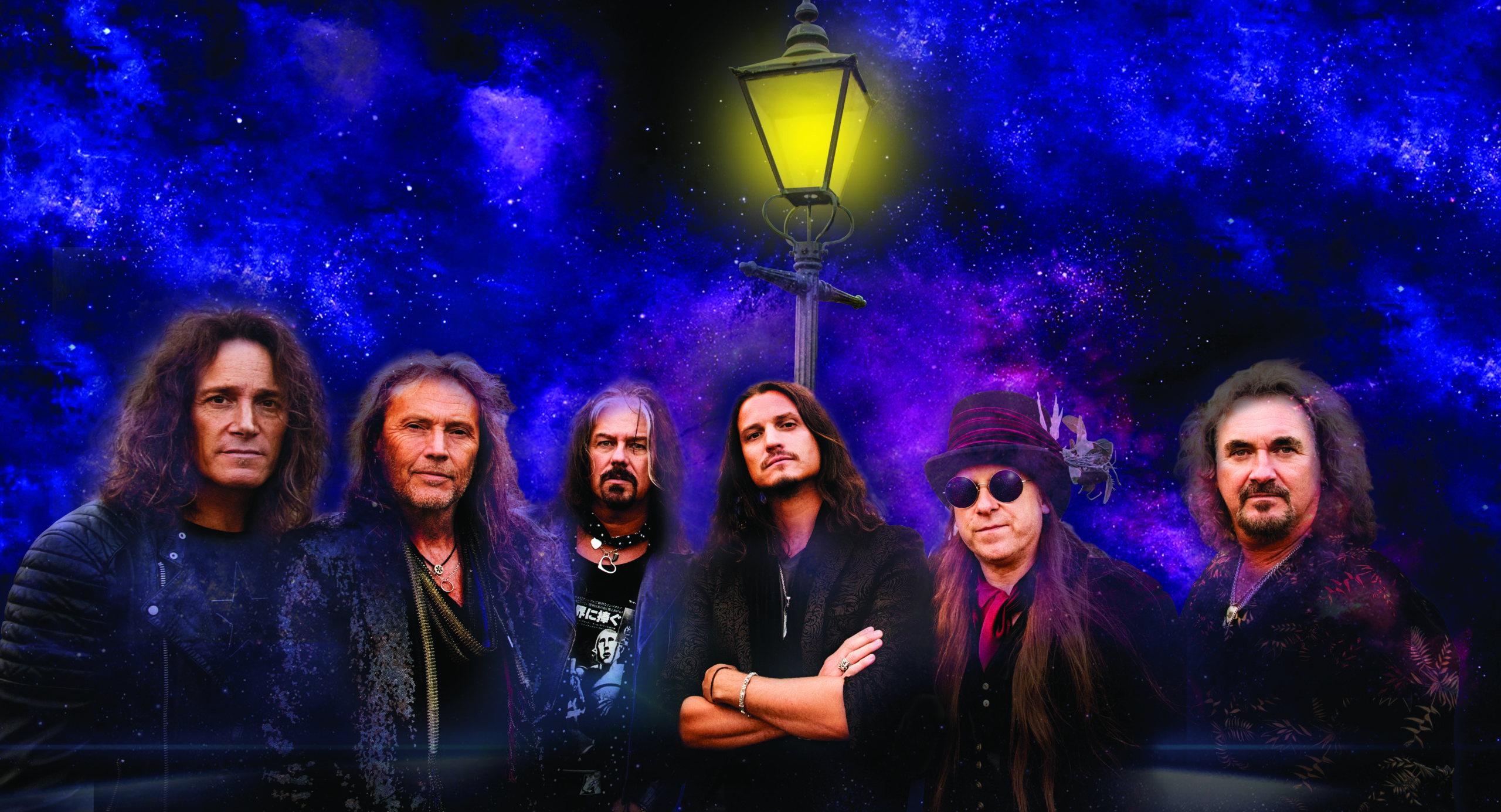 Cats in Space have created major sound waves since they landed in 2015!

With their unique sound, they will transport you back to the heady days of 70’s Classic Rock with loud guitars, huge drums, layers of multi-layered vocal harmonies, grandiose keyboards and unforgettable anthemic sing-along choruses.
Formed in Horsham the band was the brainchild of guitarist Greg Hart and drummer Steevi Bacon who quickly pulled together the rest of the outfit Paul Manzi (vocals) Jeff Brown (bass) Dean Howard (guitar) & Andy Stewart (keys) before setting about writing material that drew inspiration from classic 70’s & 80’s power pop and rock.
The group’s debut album “Too Many Gods” was released to great critical acclaim in October 2015 with collaboration from 10cc’s Mick Wilson and Sweet’s Andy Scott.
Early gigs saw them sharing stages with the likes of Alice Cooper, Rick Wakeman, Whitesnake, Europe, Thin Lizzy, Airbourne, Black Stone Cherry etc.
2017 saw the Cats heading out on tour with Thunder also grabbing the opening slot at Phil Collins’ Hyde Park concert. The same year also saw them wowing a 20,000 capacity audience at Cropredy and major tours supporting Status Quo and the legendary Deep Purple  as well as the release of their sophomore album “Scarecrow” which made the UK Top 30 Chart.
In 2018 they released their first live LP “Cat’s Alive” with their third album, “Day Of Narnia” seeing the light of day the following year and getting outstanding reviews and sales, with Rob Evans at Powerplay Magazine declaring it to be “Their finest hour! Definitely album of the year – Possibly of the decade!!”
2019 also saw them appearing at the London Paladium alongside Bonnie Tyler and the introduction of new singer Mark Paskell from the Departed who shares lead vocal duties with Mick Wilson who also provides additional instrumentation.
The amazing ride has also seen them calling in to the Cardiff Motorpoint, Hammersmith Apollo & London O2, gaining a huge following along the way and winning the reputation as being one of the best live bands around and such plaudits as “Breathtaking!”
2020 will see the release of a new album, a prestigious European tour and headline Festival appearances.

So strap yourselves in and enjoy the journey with one of the most exciting bands on the planet!!!