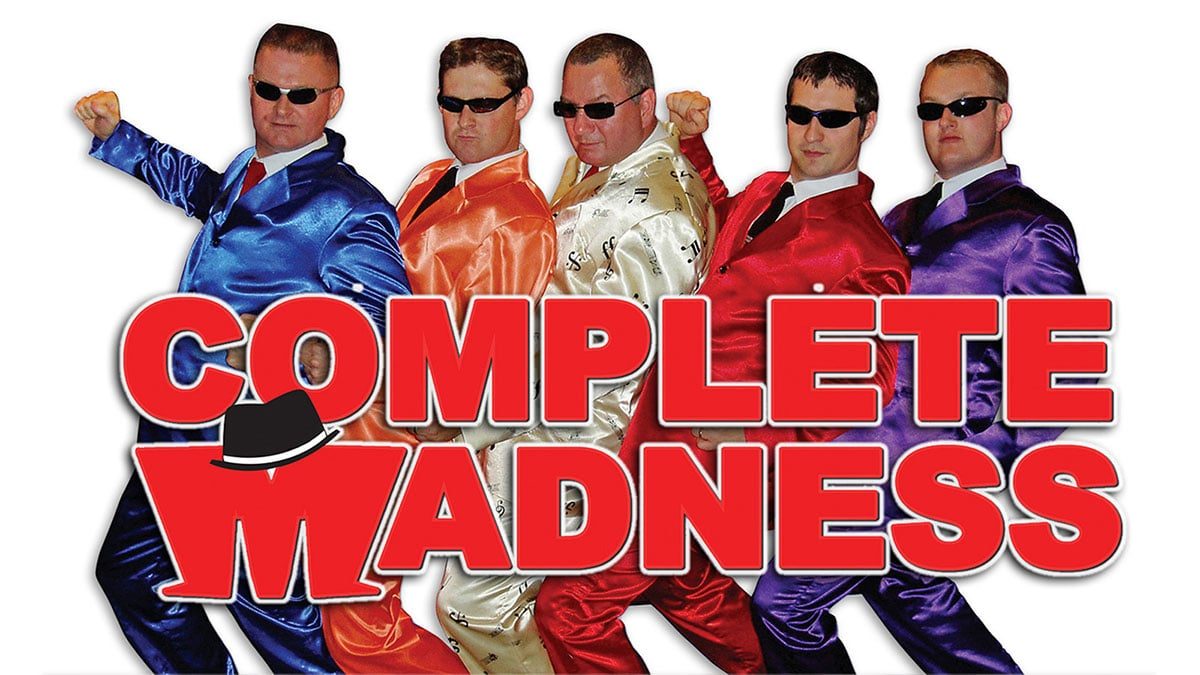 Buy Tickets
+ Google Calendar
Complete Madness were formed in 1994 out of a band called ‘Beat The System’ which itself was born in 1989 with original members Mark Keegan and Derek Wood who are still with Complete Madness today, below are 2 links of Complete Madness as “beat the sytem” please feel free to click and watch Complete madness in the early days.
Mark was always into the original Punk and Ska scene while Derek was more of an old School Rock person, so finding a happy medium of music was always difficult but in 1990 they decided to settle on the New Wave type of stuff featuring bands such as The Clash, Alarm, U2, Nick Lowe, Big Country and Flock of Seagulls to name a few.
In 1992 they added a few Madness songs to their set such as Night boat to Cairo and Baggy Trousers. The band started doing showcases and signed to an agency and with their growing popularity began to add more Madness and Specials songs to the set.
In 1994 with the ever-changing set becoming more Ska influenced they decided to change the name of the band from ‘Beat The System’ to ‘Complete Madness’. As well a name change they also added Saxophonist and Pianist player Chris Halford to the line up and then in 1998 Keyboard/Organist Chris Collier also joined the band. It was at this point the band really began to become the band that it is today.
It was around this time the bands popularity really began to grow and they made the decision to quit their day jobs and go professional.
Complete Madness have performed in venues around the world including Army Bases both home and abroad, Butlins family and adult breaks, ferries and small cruises, Festivals: including the Cork Jazz Festival between 1996 and 2005 winning rave reviews and many other interesting and varying venues around the world.
Complete Madness also perform high profile Theatre shows, performing over 60 theatres over the last few years

This is one live show you will NOT want to miss. Fez optional.