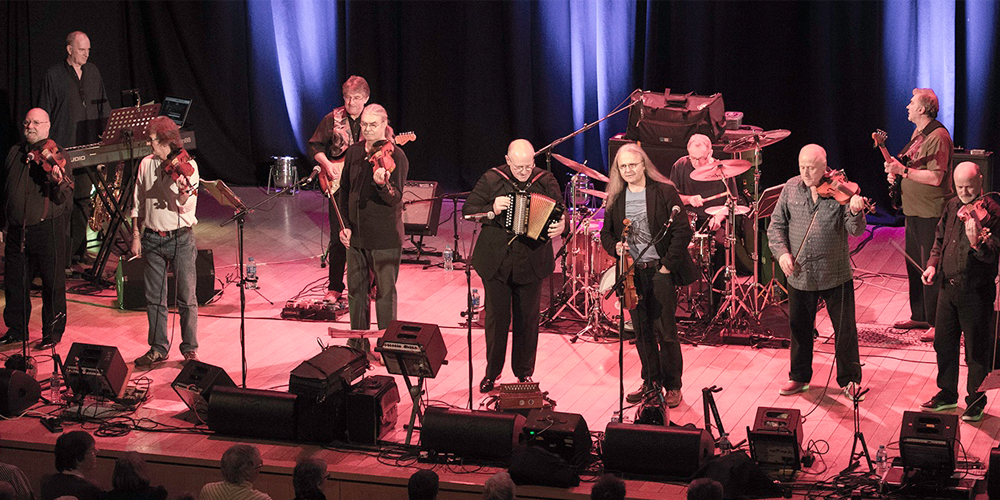 We’re delighted to welcome Feast Of Fiddles for their first ever visit to the Cheese & Grain.

An FOF gig is a musical extravaganza performed by an incredible ensemble of musicians- involving quite a few fiddles!But it’s not just fiddles, it’s a veritable feast of entertainment!

Since their inception in Nettlebed on Valentines Day 1994, the love for their music has shown through and seen them undertake 26 spring tours, 25 festivals and record 7 albums – not bad for a bunch of old folk rockers!

27 years, still going strong and guaranteeing a show like no other on the circuit!“A musical journey with a breathtaking all of sound” – Nottingham Post“Every violinist fiddles frantically – impressive high energy stuff!” – Manchester Confirmer“Absolutely awesome!” BBC EastApril The First? No fooling! This is one show you definitely don’t want to miss!!