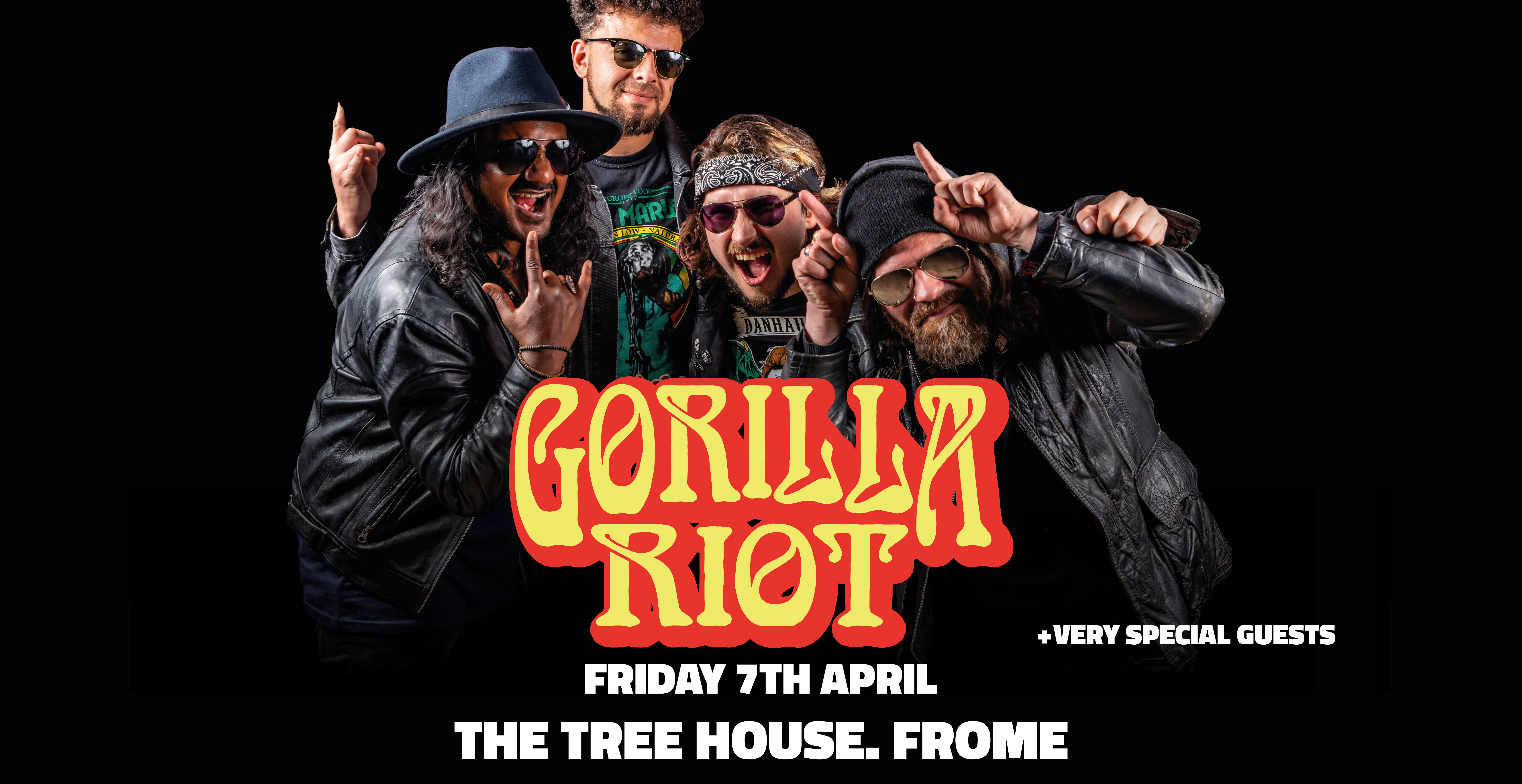 Mainman, Arjun Bhishma, surrounded himself with the best talent in Manchester to form Gorilla Riot. Arjun, is joined by Charly T. (guitars & vocals), Deggy (bass), and Will Lewis on skins.

They have built their reputation as a hard living, hard playing, genre-straddling rock n roll band that can draw forth tears of joy one minute and then the pain of a heart-felt lament the next.

Equally at home acoustically or electrically they have toured extensively with headline shows in Spain and France, and across the UK. They performed a sold-out album launch show for PEACH at Rebellion in Manchester in February 2020 but were then forced to cancel their album tour due to the covid pandemic.

However that didn’t stop them hitting the charts on the ‘Earache presents New Wave Of Rock N Roll’ compilation album, as well as NWOCR Vol 1 – both hitting Top #10 in their respective charts.

They released a 4-song acoustic EP entitled SOLACE, ahead of a new full-length studio album in 2023.