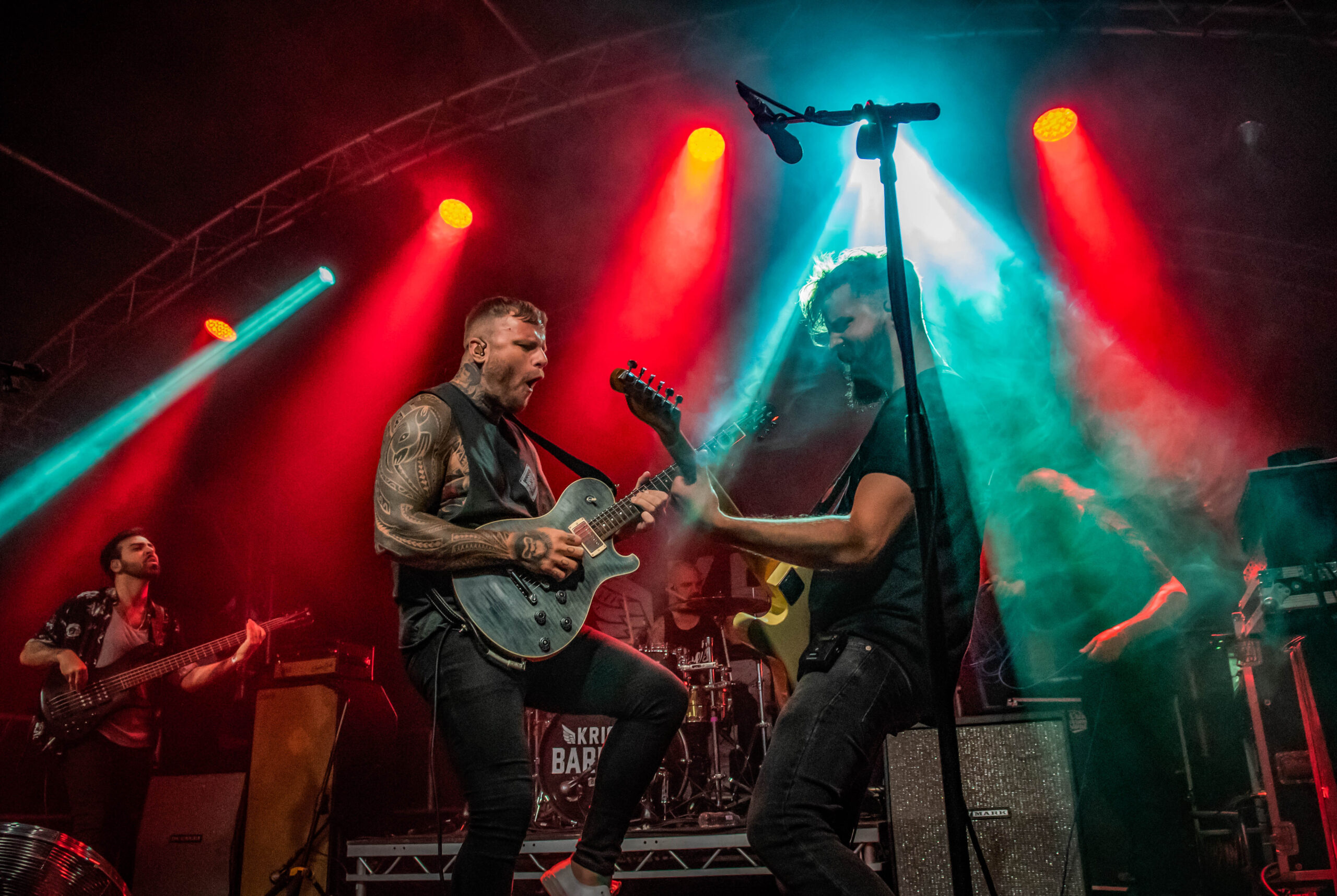 “The best live band in the UK at the moment”

One of the UK’s breakout artists over the past few years, the Kris Barras Band They are set for an incredible 12 months ahead; They’ve just finished a sold-out UK tour with Kentucky’s favourite sons Black Stone Cherry, culminating with a show at the world-famous Royal Albert Hall. Their biggest headline tour to date begins in March 2022, followed by playing the iconic Wembley Arena in support of Thunder.

With a brand new album recorded and set for release in March 2022, the band are back hitting harder than ever. Working with world-renowned producer Dan Weller (Enter Shikari, Sikth, Bury Tomorrow), the sound has evolved into a whole new beast; It’s louder…it’s heavier, but still undeniably KBB. Big riffs, anthemic choruses and rip-roaring solos, the new era of KBB has arrived and is ready to take on the world. Kris’ first few singles from the album, “Dead Horses” and “My Parade”, have both been a huge success with the band’s current fanbase and new fans alike, leading to the songs being the most played track on Planet Rock (the UK’s largest Rock Radio station).

After a string of sell out tours across the UK, March 2022 will see the band head out on their biggest headline tour to date; 15 shows across the UK including iconic venues such as Nottingham’s Rock City and London’s Electric Ballrooom.

The rise? Well, from the release of 2018’s ‘The Divine And Dirty’, there have been the A-list radio singles, sold out shows across every headline tour they have taken on, and played to an audience of 3 million on BBC Radio 2 on two occasions, which is extraordinary for a new artist. Barras has toured Europe as the frontman with the legendary Billy Gibbons (ZZ Top) in Supersonic Blues Machine. Making history along the way, the Kris Barras Band are the only band to play 3 years in a row at Ramblin’ Man Fair, including 2019’s explosive main stage appearance. They are also the only artist ever to have an unprecedented one in-one out performance at 2018’s Planet Rock Radio’s Rockstock Festival, where they returned in December 2019 to play the main stage.

The Devon-born Barras and his band have barely had the time to catch their breath, having a non-stop year that has seen them zig-zag the UK and Europe supporting the likes of Jon Bon Jovi, Kentucky arena-rockers Black Stone Cherry, Beth Hart, The Magpie Salute (Rich Robinson of The Black Crowes), Joanne Shaw Taylor, John Mayall & The Bluesbreakers, Walter Trout and Jonny Lang.

They capped this off with a flood of critical praise and an ever-growing fervent fan base which contributes to them winning Planet Rock Radio’s prestigious 2019 ‘Best New Band’ Award. The rise has continued to propel the band further as 2019’s follow-up album ‘Light It Up’ crashed in the UK album charts at #49 announcing the band to a wider stage and with it, followed the flood of critical praise, sold out shows and highlights them as one of the most exciting artists in the UK at the moment.

As a side project, Kris Barras is the frontman for USA super-group, Supersonic Blues Machine. The band feature’s legendary artists such as ZZ Top’s Billy Gibbons, Steve Lukather (Toto), Eric Gales, Warren Haynes (Gov’t Mule) and Walter Trout. Kris is currently working on new material with the band and will feature on all upcoming releases.

Kris began playing guitar at the age of 5, under the guidance of his musician father, Paul Barras. He performed his first-ever gig with his Dad’s band at the age of 9. His childhood dream was to tour the world as a musician and whilst he is living out his dream now, his life took many twists and turns before getting to this stage. For most of his adult life, Kris used had an unusual side-job alongside his music career. Although now retired, he had a successful 10 year professional mixed martial arts and Muay Thai career, which saw him compete and train in Las Vegas, Thailand and Singapore. With a total fight record of 14 wins 2 losses and 1 draw.