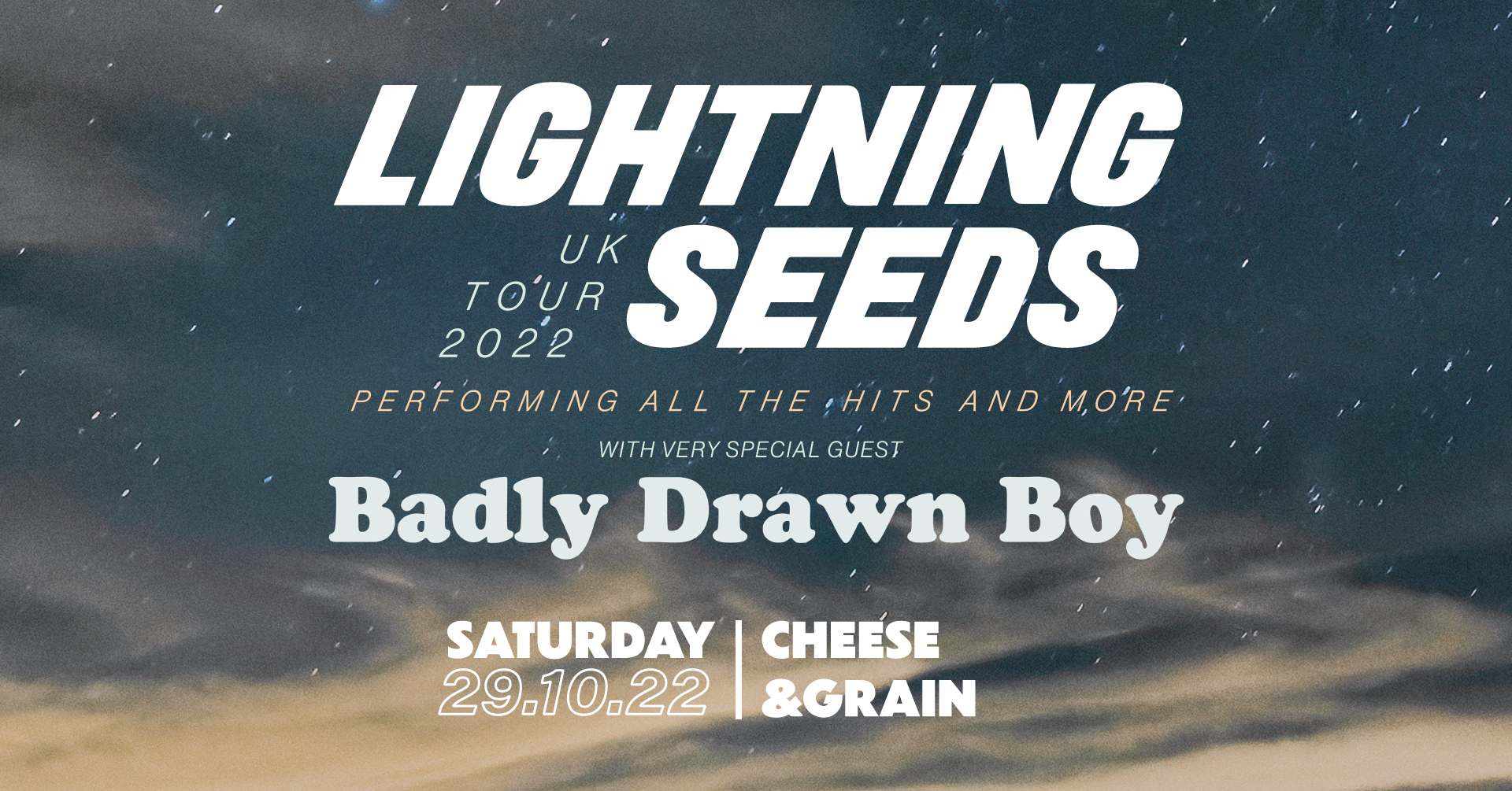 Buy Tickets
+ Google Calendar
Lightning Seeds, one of the most iconic bands from the ’90s, were formed by Ian Broudie in 1989. It’s hard to believe it’s been more than a decade since Lightning Seeds released a new album but at last we can celebrate with the release of ‘See You In The Stars’, their first on new label BMG -out October 14th.
They also announce a 14 date UK tour later this year kicking off in October. Playing songs from this intoxicating 10-track collection, alongside generational anthems Pure, The Life of Riley, Lucky You, Sense and Three Lions, as well as favourites from their platinum-selling Jollification album.
Lightning Seeds will be joined by the seminal badly drawn genius of Damon Gough better known as Mercury Prize-winning, English indie singer-songwriter and multi-instrumentalist Badly Drawn Bo