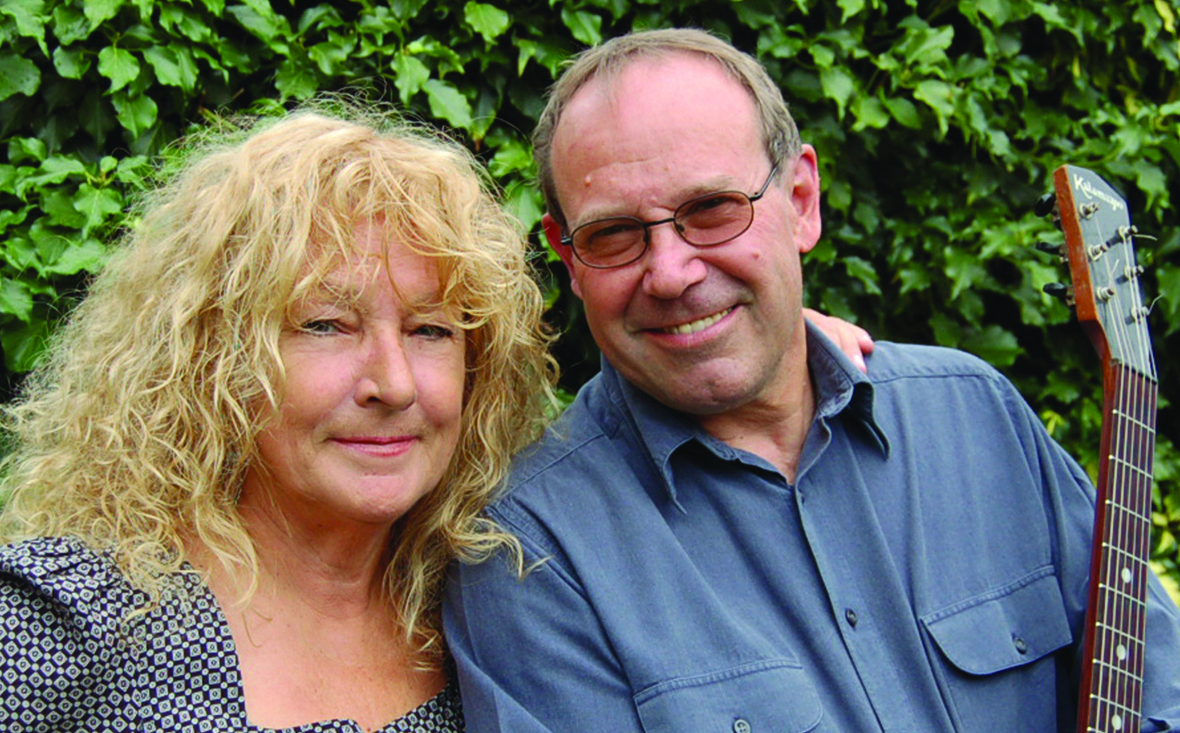 Maggie Bell and Dave Kelly  –  are renewing their partnership, after an obvious two year lay-off, with some concerts at selected special venues.

The on-stage chemistry is immediately apparent, stemming from their love and respect for the music they play as well as the deep knowledge of the genre.  Although both coming originally out of  blues/soul explosion of the late 1960’s their repertoire is far broader than just that. When they first got together in 2007 they both wished to sing ‘any song that took their fancy’, so the set includes folk, rock, country, gospel as well as blues and soul.

Their stage craft is as would be expected from two professionals with a collective experience of over 100 years, but this is no slick show wheeled out with any predictability. Indeed when Maggie and Dave take to the stage ‘anything can happen’ (and often does). One promoter commented ” I don’t know how they make such a sound with one guitar and two voices – it sounded like a full band” Maggie Bell & Dave KellyAn evening with two stalwarts of the British R&B scene, two great voices, two great reputations.A wonderful evening of acoustic blues, soul and good times, and no doubt a little humour.Maggie Bell – Scotland’s Queen of Soul, founder member of Stone the Crows, later had an incredibly successful solo career on both sides of the Atlantic, now once again back on the music scene. She was a resounding hit as Special Guest at the Led Zeppelin reunion concert in 2008.Dave Kelly – London’s slide guitar king, having learned his trade in the backing bands of, and recording with, Son House, Howlin Wolf, John Lee Hooker, Buddy Guy, Junior Wells to name but five blues legends, a founder member of The Blues Band, still wowing audiences after nearly 40 years..