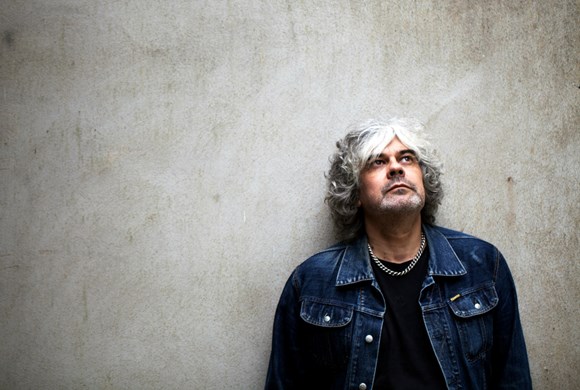 Matt Deighton’s stunning discography is an undiscovered island inhabited by a human being everyone wants to love and protect from the world around him. Matt’s is a story of genuinely great musicianship and songwriting; but most of all, of the beauty and fragility of one of Britain’s greatest lost talents and how life around him has sometimes shaped a fate beyond his control; but who has come back with something more beautiful every time the storm abated.

2021 saw the reemergence of British folk’s most enigmatic lost son. You may recognize Matt Deighton from his time fronting Acid Jazz heroes Mother Earth; you may remember him as Paul Weller’s guitarist in the late 90’s, or Noel Gallagher’s recommendation for who should replace him when he quit the European tour in 2000. Or maybe you don’t. For almost two decades, the man they keep calling the natural successor to Nick Drake, Davey Graham and John Martyn has been himself more of a rumour – a murmur among musicians, songwriters and diehard music lovers who proudly display his rare vinyl releases like trophies. The list of articles in the press and online has continued unabated, forever asking the same question: Where is Matt Deighton? As the Huffington Post discovered in their recent piece ‘The Resurrection of Matt Deighton’: He’s back. He’s been back a couple of times, and you missed him.

For those prospectors looking to pan the stream for a British Sugar Man, Matt’s discography shines like a diamond among the silt. ‘Villager’ was the subject a few years back of a Mojo ‘Buried Treasure’ feature and is oft hailed as a British folk classic; The Common Good is strewn with British music glitterati such as Paul Weller, Steve White, Mick Talbot and Marco Nelson; and the stunning You Are The Healer features Brian Auger among others. Matt is one of those rare artists that musicians simply want to be associated with. Tom Cox, who reviewed Wake Up The Moths for the Observer Music Monthly recently remarked in the sleeve notes for the vinyl reissue that his only regret when reviewing the album was that he felt his ‘measly four out of five star rating did it a disservice’. Add to that the four stars from Q and Mojo for his collaboration with Chris Sheehan ‘The Bench Connection’ in 2007 and you start to get the picture. That’s to say nothing of collaborations with Chris Difford, Dr John and Mighty Baby, Matt is indeed a force of nature.

Yes, Matt Deighton has returned and you probably never knew it. Well now you do; and as the Sunday Times declared – “…it’s impossible to imagine fans of Nick Drake of John Martyn not falling in love with him…”