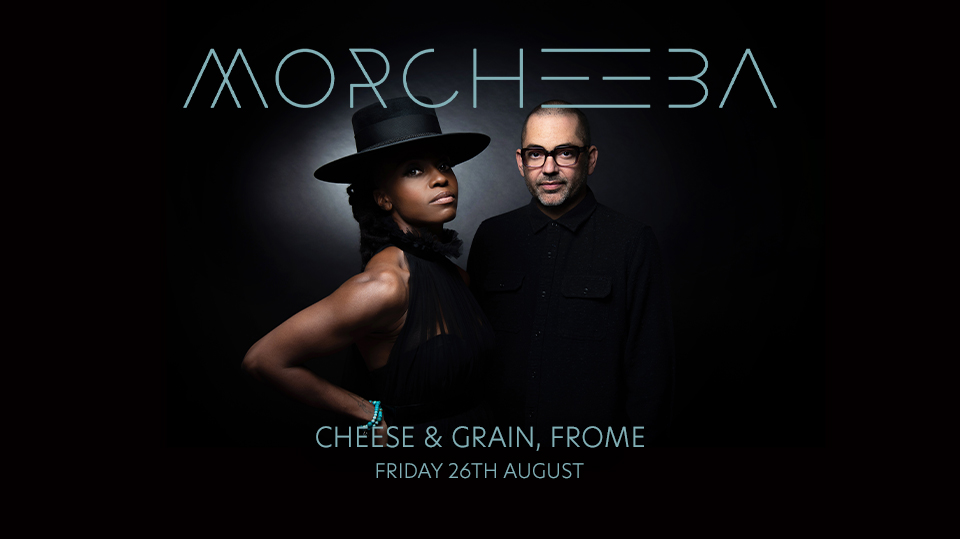 Morcheeba’s global reach takes them to every corner of the world. Their signature chilled electronic/organic sound has been border-hopping ever since the London-based band emerged.

Blackest Blue is the band’s 10th studio album, and delves into the soul of the band’s genre-mashing musical heritage. Skye and Ross didn’t approach the album with any preconceptions, and instead created an organic journey that represents everything great about Morcheeba. “Blackest Blue is about finding a way through the darkest of times and emerging the other side changed but intact”.

Ross and his brother Paul wrote and recorded their debut single ‘Trigger Hippie’ with Skye which effectively started the group Morcheeba as a trio and got them an indie record deal. They released the acclaimed debut album ‘Who Can You Trust?’ in 1996 and inevitably started playing live with a first gig at The Jazz Cafe in London.

Over the next few years the band went global with ‘Big Calm’ (1998), ‘Fragments of Freedom’ (2000) and ‘Charango’ (2002) and the brilliance of signature songs ‘The Sea’ and ‘Rome Wasn’t Built In A Day’. They produced an album for Talking Heads legend David Byrne, got film soundtrack work from Morcheeba fan and Oscar-winning director Steven Soderbergh and in 2003 were the first western band to do a full tour of China. But Skye was ousted from the band that year when Ross’ brother DJ/producer Paul wanted to change direction, and she didn’t feature on ‘The Antidote’ (2005) or ‘Dive Deep’ (2008).

Meanwhile, Ross moved to LA in 2006 and built a studio in the Hollywood Hills for recording with Morcheeba and soundtrack productions. “I spent a lot of time out in the desert taking psychedelics and living out some acid rock fantasy,” he concedes. After releasing two solo albums ‘Mind How You Go’ and ‘Keeping Secrets’, Skye agreed to return to Morcheeba in 2009. The albums ‘Blood Like Lemonade’ (2010) and ‘Head Up High’ (2013) followed. Paul then left in 2015 turning the band into a duo.

Since then the pair have become closer and they got back to work, first making an album as Skye & Ross, then ‘Blaze Away’ (2018) as Morcheeba. “The connection we have now is great,” Skye reveals. “We understand each other, and we’re both hard working. Our agent might say, ‘oh it’s a gruelling schedule, sometimes five gigs in a row…’ and we’ll both immediately say YES!”

Ultimately, “Blackest Blue is about finding a way through the darkest of times and emerging the other side changed but intact.”