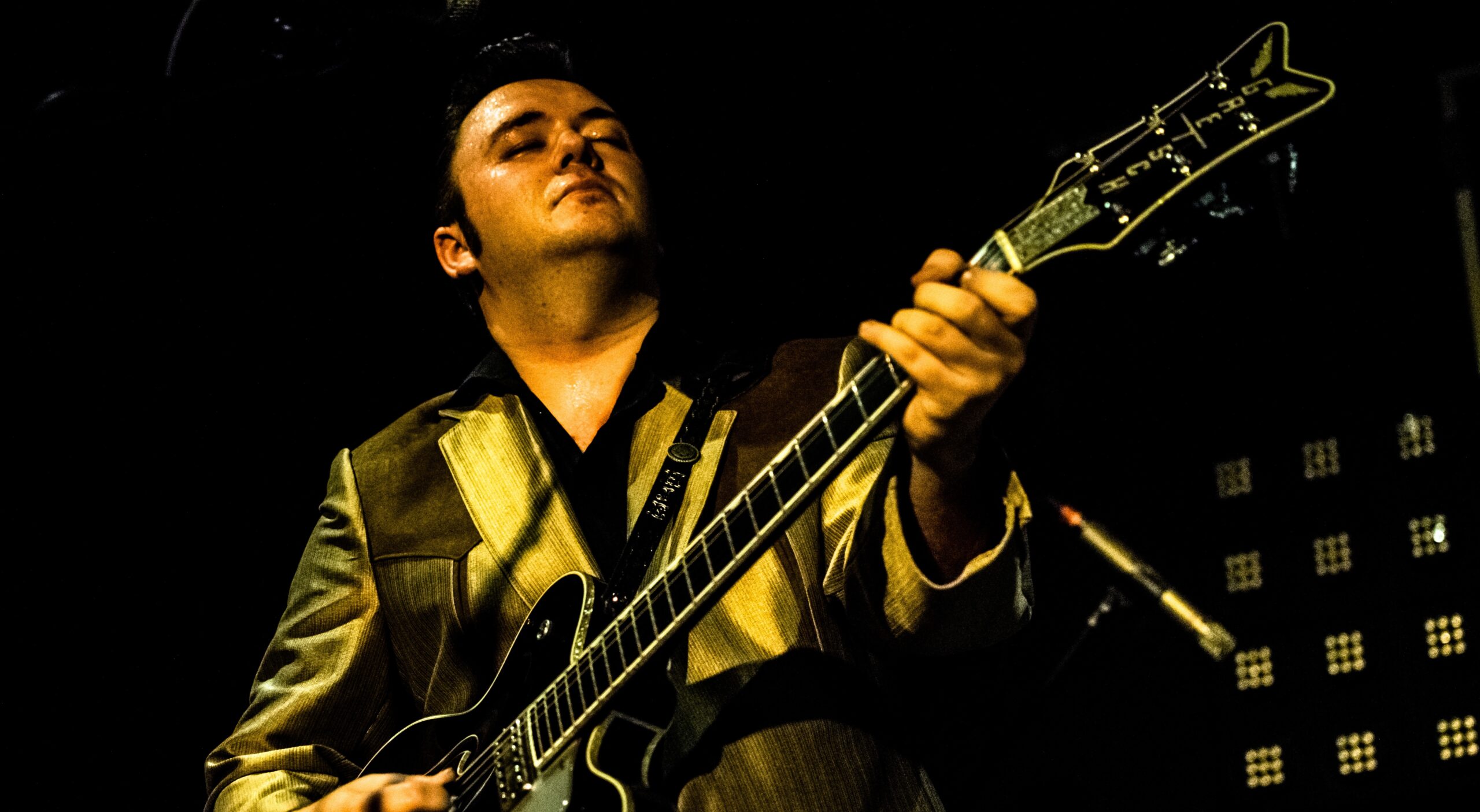 support from The Real John Lewis

Ruzz Guitar’s Blues Revue return to The Cheese & Grain for another special night of Blues/R’n’B and Rock’n’Roll. Hot off his recent US tour, Ruzz is back with his five piece “Big Band Blues” line up with a few special guests ready to join him for his first, full band, UK show of 2023.

Hailing from Bristol UK and lead by Gretsch endorsed guitarist Ruzz Guitar… Ruzz Guitar’s Blues Revue brings together the multiple influences in Ruzz’s musical journey and combines them into one project to create the sound that he’s always heard in his head and wanted to capture live.

Bring together the Big Band Swing of The Brian Setzer Orchestra, blend it with the Texas Blues of Jimmie Vaughan and throw in a few other influences from artists such as B.B.King, Ray Charles, Gordon Goodwin’s Big Phat Band and you’ll get an idea of the sound that Ruzz Guitar’s Blues Revue put out!

“Ruzz Guitar is without doubt one mighty fine guitarist, with a range of styles, but clearly bound up in his love of playing the Blues”

“That young man can pick! He tears it up like a pro and plays way beyond his years!!”

John Lewis, beloved figure of the modern roots & rockabilly scene courtesy of a career beginning mid ‘80s. Originally making his name with South Wales band, The Rimshots, He also fronts, The John Lewis Trio and Johnny Bach & the Moonshine Boozers with guitarist Darrel Higham. He has performed at major festivals from Moscow, Las Vegas, New York, Tokyo to Melbourne, plus regularly touring Europe. He’s had 17 albums released, Won ‘BCMA – Album of the Year. In 2019 Spanish label El Toro records released a very well received 50 track compilation of his works. Imelda May has been a great champion of John, inviting him to open hers show and contributed her vocals to the single ‘Waltz Around The Kitchen’. He’s even done session work for D&B DJ High Contrast.

Adam Walton BBC radio Wales –  “The tunes excellent really authentic and raw” “incredibly really really good” “Great great music” “Doesn’t matter how old the influences are. When something imbued & endowed with that much life and spirt, it makes it thoroughly contemporary. Well it doesn’t come out till March this year so it is thoroughly contemporary. But there’s real life in it. I’m playing it because I’m sure many of us feel the same.