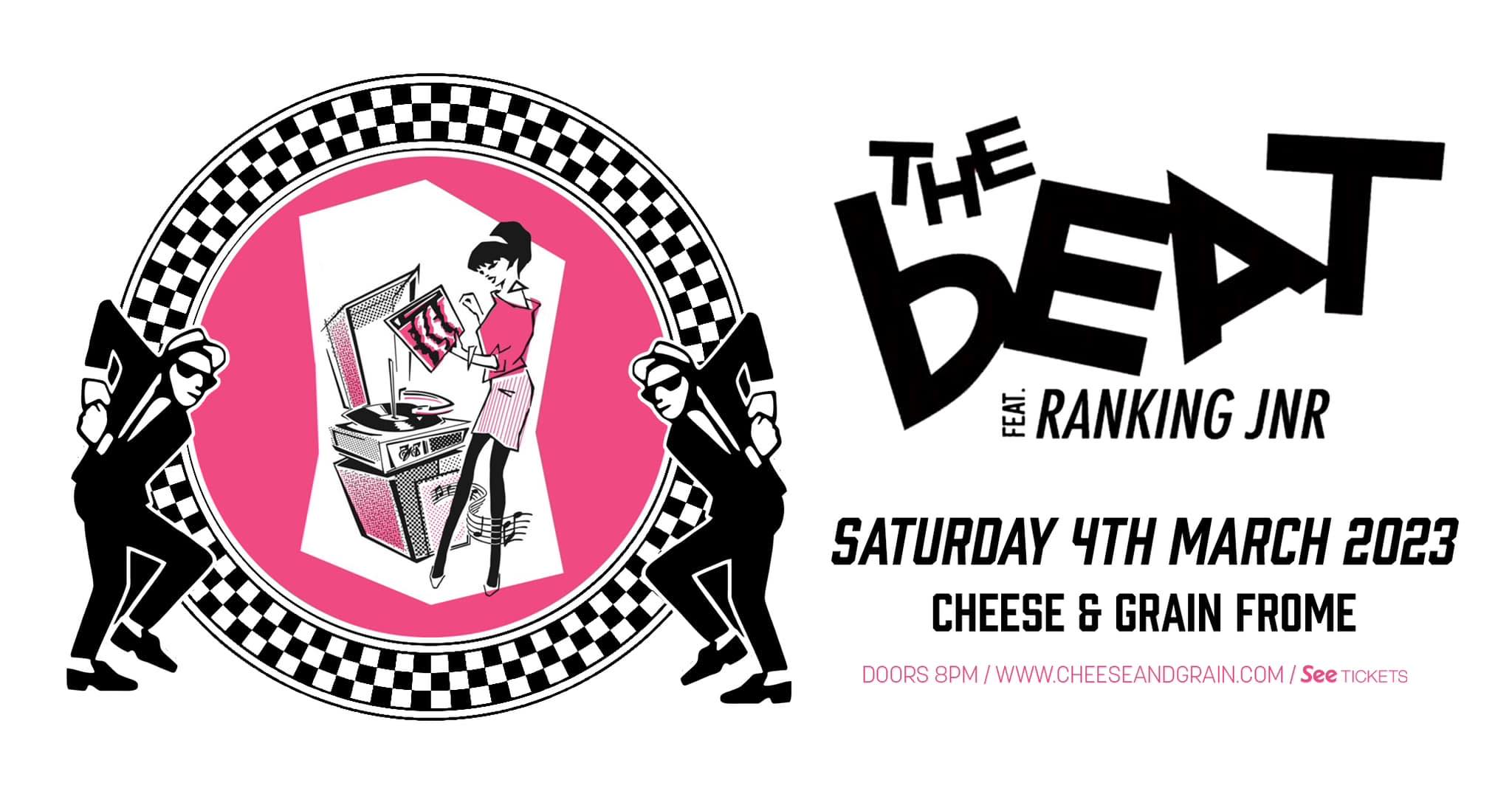 Buy Tickets
+ Google Calendar
We are delighted to be welcoming The Beat to the Cheese and Grain!!
One of the key bands of the U.K. ska revival of the late ’70s and early ’80s, the Beat achieved a near-perfect balance of pop melodies and taut rhythms that made them stars in Britain and won them a worldwide following. The Beat were, and still are, based in Birmingham, England. They released their debut single, “Tears of a Clown” b/w “Ranking Full Stop,” through the Specials’ 2-Tone label in 1979. The single went Top Ten in the U.K., and they soon struck a deal with Arista to distribute their own Go Feet label. 1980’s I Just Can’t Stop It (released by Sire in the United States) went gold in England on the strength of the single “Mirror in the Bathroom,”. The band’s ferocious performances and clever blend of personal and political lyrics made them stars at home and abroad.
Plus support from Revelation Roots
A collective of reggae musicians from across the South West of England, showcasing the talents of earlier trailblazers in the local reggae scene.  This full band has played alongside such heavyweights as Zion Train, Aswad, The Beat and Toots & the Maytals, as well as recent festival appearances at Boardmasters, Beautiful Days, One Love and Tropical Pressure, amongst others