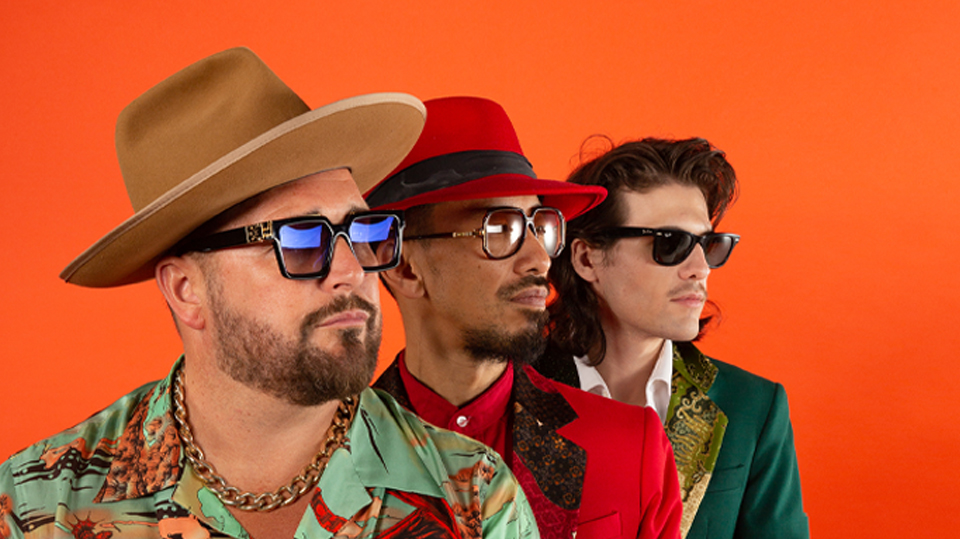 Buy Tickets
+ Google Calendar
From sold-out tours, festival spots and support slots for rock royalty to crazy club nights, film roles, fashion shows to playing the Cheese and Grain’s very own 20th Birthday bash!, The Cuban Brothers’ unparalleled act is ingrained in pop culture. Two decades since their inception, Miguel and his suspect sidekicks are renowned the world over for their party-starting skills, risqué sketches, B-boy moves and funk-fuelled music.
The Cuban Brothers may be a comedy act, but they’re simultaneously serious musicians who have played with Prince, been on the road with James Brown and supported Fatboy Slim, Chuck Berry and De La Soul. In 2018 they celebrated their 20th Anniversary with a special tour of the Scottish Highlands & Islands – where it all began – and the release of their latest compilation ’La Familia’ featuring one new Cubans track – I Hate Hate – alongside classics by Herbie Hancock, Children Of Zeus and D’Angelo.
Their act of skits and stories between soul, funk and hip hop songs, with Miguel freestyling and the trio breakdancing took off at a student night which always sold out.