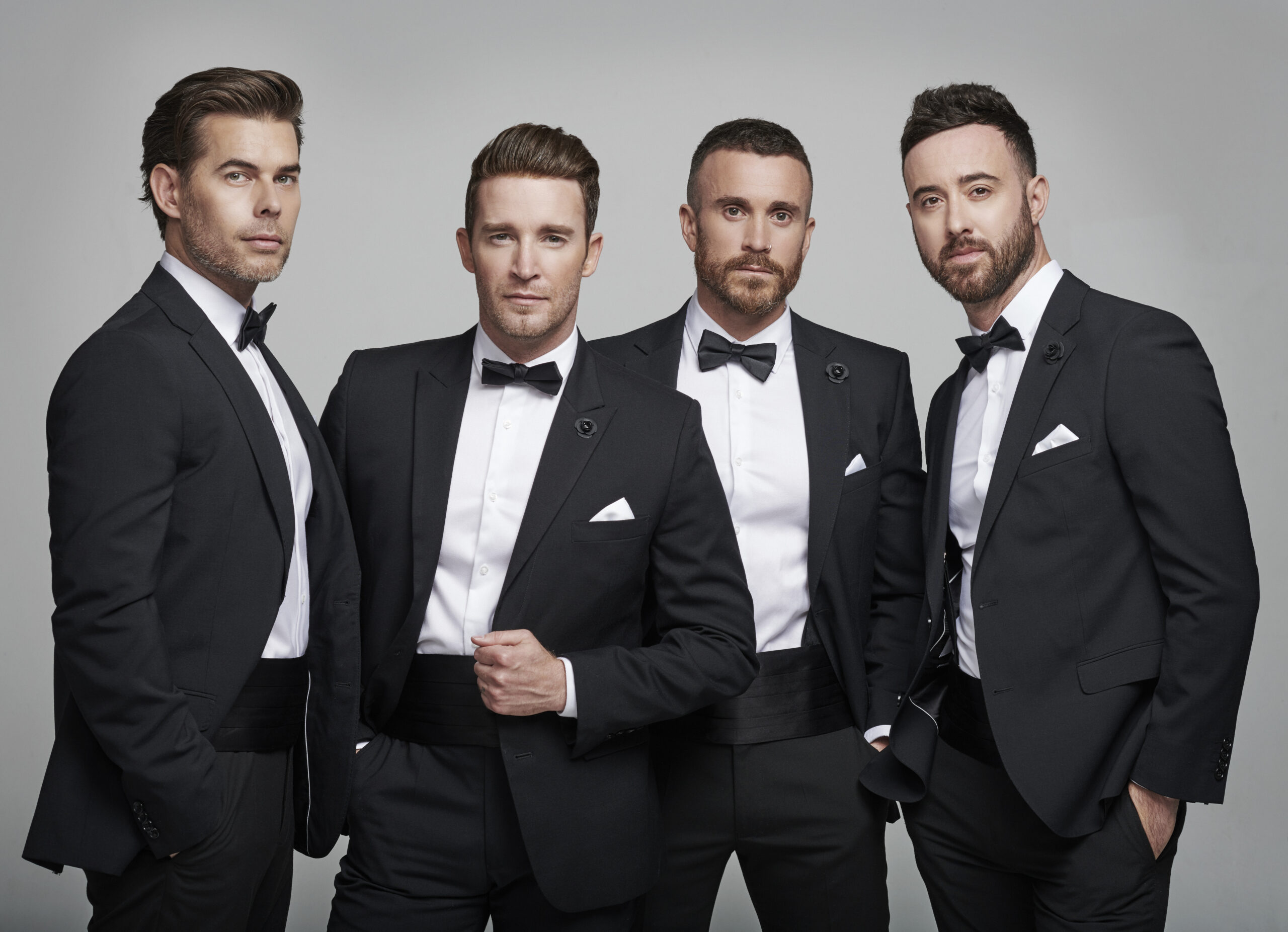 For the last decade The Overtones have been a household name appearing on countless television & radio shows across the UK and Europe including Dancing On Ice, This Morning, BBC Breakfast, ITV’s Lorraine, and Radio 2 to name a few.

The No1 Vocal Harmony Group have racked up multi-platinum record sales, released 6 studio albums and sold out 11 National Tours – firmly establishing them as ‘One of the UK’s most popular and prolific live acts’.

After headlining many of the most prestigious venues including The London Palladium and The Royal Albert Hall, achieving standout performances at The Queen’s Diamond Jubilee at Buckingham Palace and singing to over one million people at the Brandenburg Gate in Berlin, The Overtones are set to celebrate their ’10th Anniversary Year’ with the release of their brand new album ’10’, and a 20 gig UK tour in November and December 2021.

The four-piece, made up of Mark Franks, Darren Everest, Jay James and Mike Crawshaw are best known for their exquisite vocals, pitch perfect harmonies, effortless and perfectly-timed dance moves, and their charming and distinctive style. With a perfect mix of originality and classic nostalgia, their show-stopping performances have made The Overtones one of the UK’s most in demand live acts.