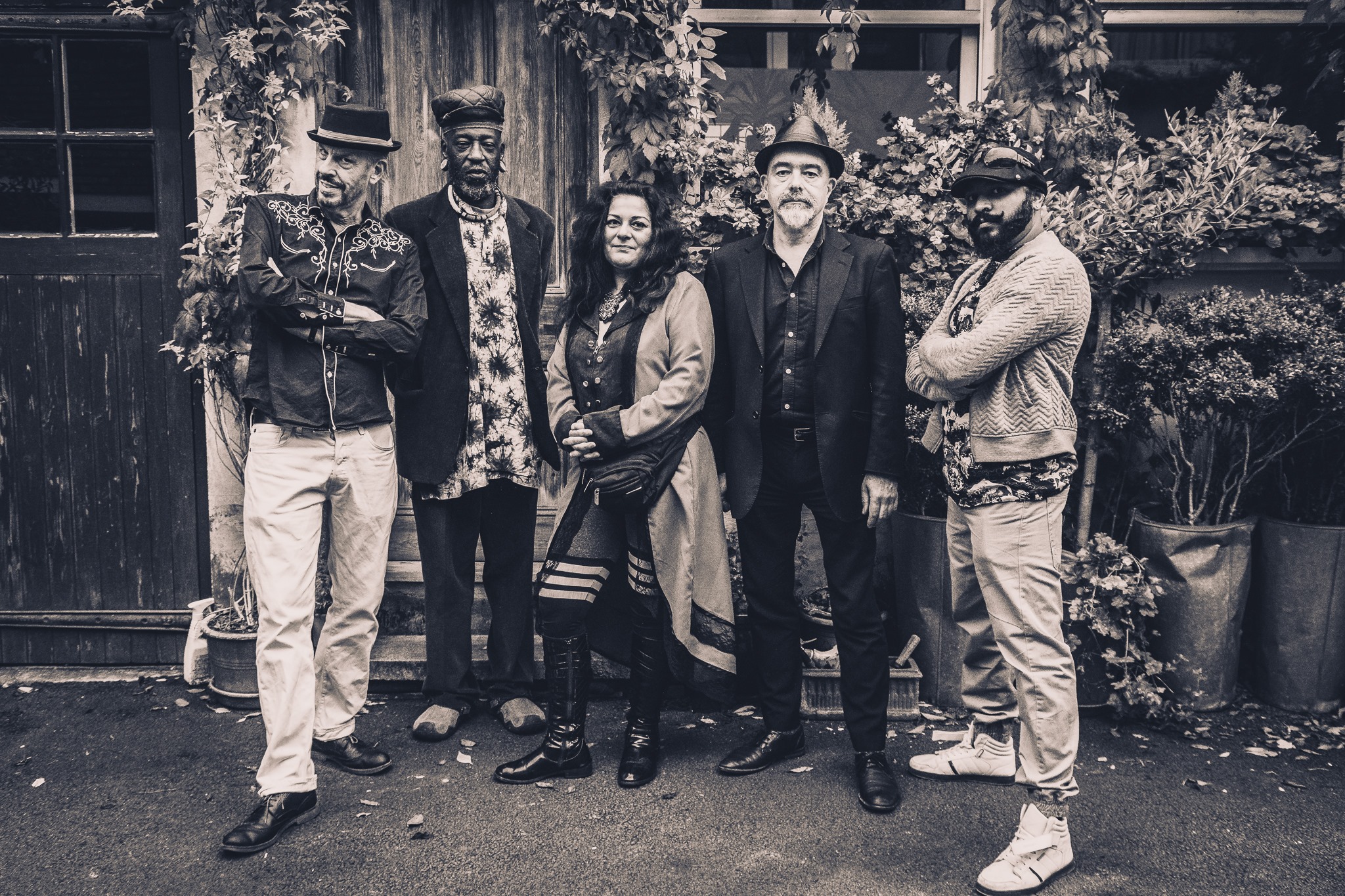 plus support Billy In The Lowground

There are few acts in the UK with as strong an influence, as complex a legacy, and as mysteriously legendary as Transglobal Underground. Trying to describe what it is and what it was has defeated the most eloquent of journalists, and those involved in TGU itself have made no effort to help, refusing to define themselves on the grounds that it wasn’t their job to do so, while rejecting any signs anyone attempted to hang on them.

So what is Transglobal Underground? Well, over 25 years it’s been DJ/musical collective, one of the founders of global fusion, a working band famous for it’s scorching live shows, a techno soundsystem, a folk festival rabble rouser, a pop group, a club night, a Middle Eastern hit production team, an improvised study group for Indian classical music, an Albanian brass band, a duo..or was it an octet?…a seminar, a medicine show and several things no one involved would admit to if they could even remember them.

It all started with a bunch of disgruntled musicians, singers, DJ, writers and sampler geeks hanging round the cramped offices of West London label Nation Records. Primitive computers were stretched to their full possibilities, beaten up analogue synths kept working by screwdrivers and willpower, mashed up cassettes and turntables serviced a heady concoction of club grooves, dub, bhangra, rock, digital hardcore and oriental melody, relying on inspiration and a massive belief in the need to create something new.

The first result was a single called ‘Temple Head’ a track with a lot of inspiration from the UK bhangra scene, one foot in the into Manchester and indie scenes, and another in as to club music. The single gained a big club reaction despite many DJs being unsure whether to play it at 33or 45bpm. TGU were off and running….it took a couple of years for the music business to catch up, but catch up it did in the mid 90s. This was due to, firstly, the club scene’s move into ambient and trance areas, secondly the top 40 success of TGU’s debut album ‘Dream of 100 Nations’ and thirdly the startling live shows, a colourful costumed fiesta with Natacha Atlas as chief vocalist the focal point. Atlas had spent years struggling to be understood and accepted, scraping a living dancing in cabarets in Brussels and working in the UK with the few artists who understood what she was trying to say. But now she was in her element. Bellydancing round club stages while deftly skipping over piles of MIDI cables in high heels and singing flawlessly in Arabic at the same time, she caused a massive stir. No one had seen or heard anything like her on UK stages before.

The impact of those shows led to a solo deal and a touring schedule during which first Transglobal Underground, and later Natacha herself, were stretched

beyond even their considerable levels of stamina. As her electronica/oriental mix went platinum across Europe, TGU moved into the background on the production of her music, producing, in 1998, her biggest success ‘Mon Amie La Rose.’ The growth in interest in their productions and remixes led to TGU relocating for a while to Cairo to learn from and contribute to the Egyptian music scene, and also Budapest and Prague, working extensively around central Europe and the Balkans for the musical inspiration behind the ground-breaking fourth album ‘Rejoice Rejoice.’

In the meantime the Transglobal live show never stopped being in demand. The explosion of the festival scene across Europe coincided with their 2007 release ‘Moonshout’ which won a BBC World Music award and led to the touring schedule growing worldwide, with visits to North America, India, South Africa, Kazakhstan, Venezuela, amongst others.

But the main line that goes through the history of Transglobal Underground was defined at the beginning and continues onward. Onstage it’s a joyful and unpredictable journey into the bottomless vaults of the Transglobal catalogue, whether featuring Natacha and other members of the original lineup, or more recent and diverse additions to the TGU family. Over the years Transglobal Underground has developed a life of its own and goes where it will for its own reasons. Everyone else simply follows.