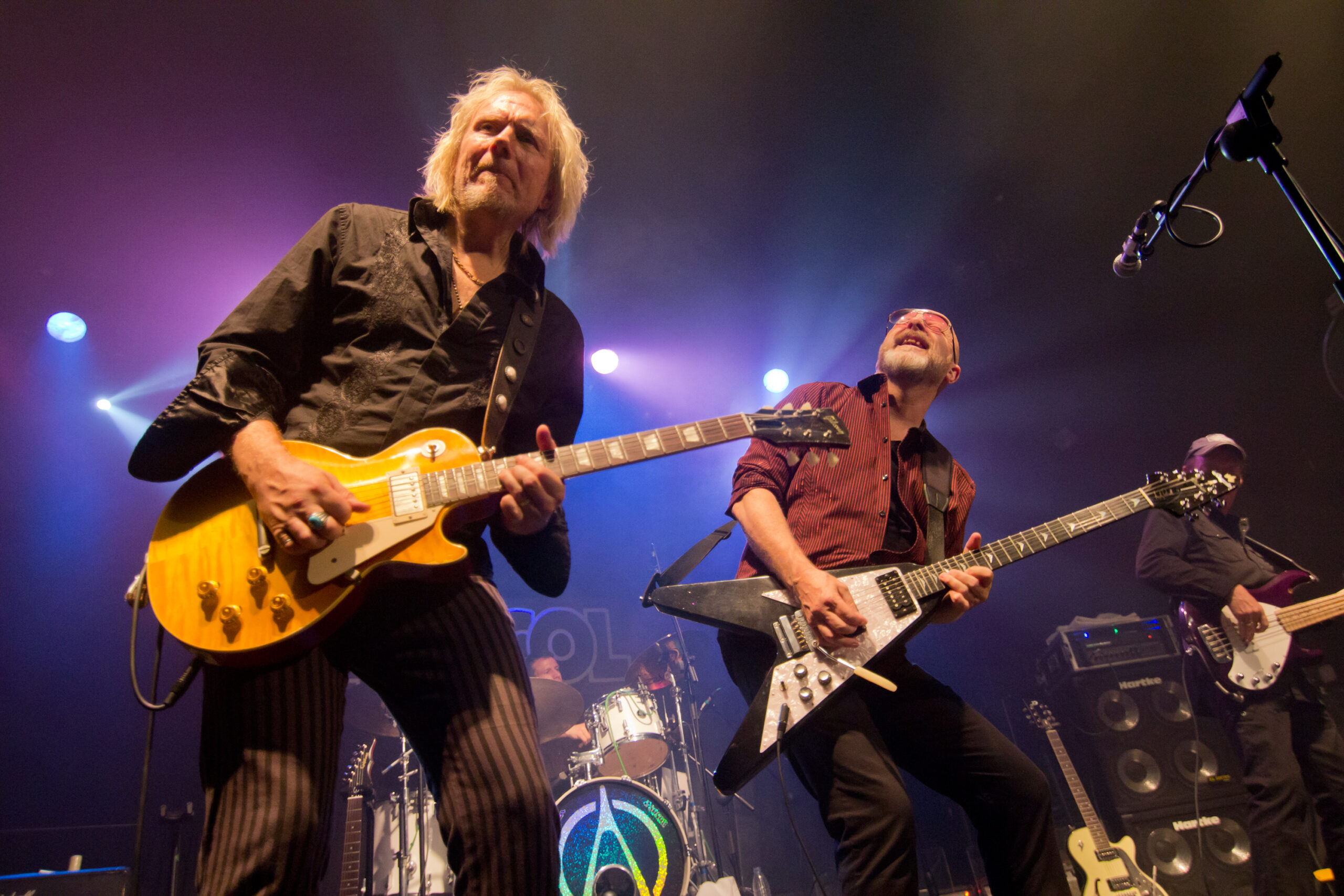 With main man Andy Powell still at the helm they are undoubtedly one of the most celebrated bands in the history of rock. Such is the band’s huge popularity, they still continue to tour the world performing all the classic and brand new material with their hard-hitting dual lead guitar driven rock winning a whole new army of fans along the way.

Their 1972 album “Argus” was named as “Album Of The Year” by Melody Maker and since then the accolades and critical acclaim have continued to grow and grow.

Andy has been a constant “Best Guitarist” contender throughout his career and a highly sought after session musician.He featured as part of Miles Copeland’s “Night Of The Guitar” tour alongside fellow greats such as Jan Akkerman, Steve Howe, Leslie West, Randy California, Robby Krieger and Alvin Lee.

Wishbone Ash continue to record and have over 30 albums to their credit but they are best known for their dynamic stage performances and never fail to give audiences what they want and much much more!